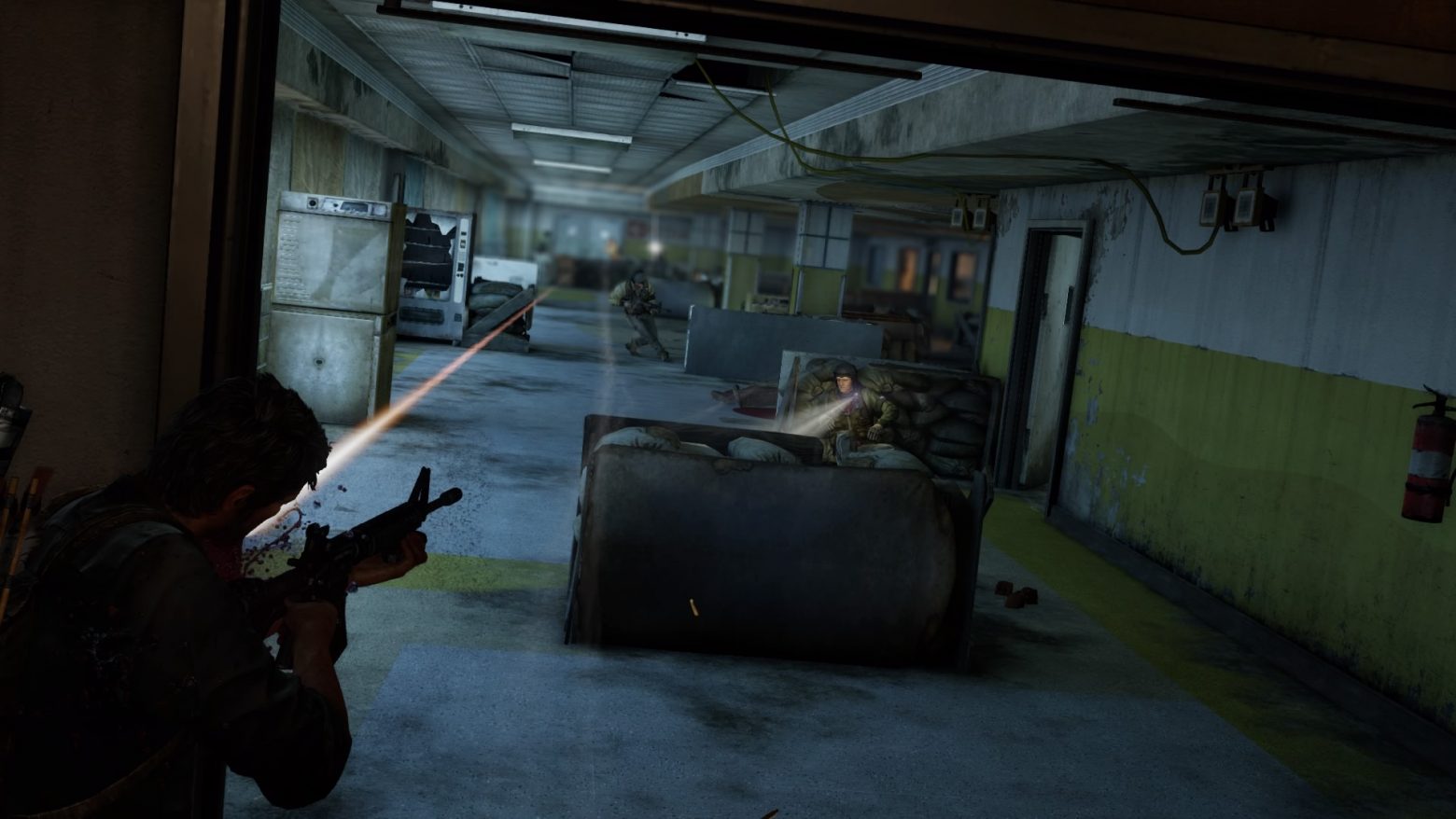 So I just recently finished The Last of Us (yes, yes, I’m years late to this party) and I am…upset about it. I was really enjoying the game until the ending, at which point everything completely fell apart for me. I’ve never been the type of person to think that something needs a good ending to be good, but at least in this case, The Last of Us’s ending ended up sullying the whole experience for me.

So the thing with The Last of Us is that it tells the story of a long journey through a zombie apocalypse. The game starts in Boston, Massachusetts and after a cross-country trip with a teenage girl in tow, ends in Salt Lake City, Utah. The trip is a grueling one, taking around half a year. You’re forced to manage your resources carefully. Close friends die. The player character almost dies. You’re forced to pass by places you could call home and confront the worst that humanity has to offer, all in the name of transporting what might be the last hope for humanity’s survival. And then, once you get there, you find out that the operation that can create a vaccine will inevitably kill her.

At this point, some games would offer you a choice. I’ll point to Spec Ops: The Line. At the end of the game, if the player did not let the protagonist (who has grown increasingly insane throughout the game) commit suicide earlier, an Army rescue comes to pick him up. When the protagonist brandishes a shotgun, the player has the choice to either surrender and go with the patrol, or to either kill them or go down fighting. None of the choices are ideal, but it’s up to the player to decide what ending they deserve.

In The Last of Us, however, you get no option. Joel will always go after Ellie, almost certainly mowing through waves of people fighting to restore humanity to a shattered world in the process.

I hated this ending. It made me furious. How dare Joel fuck over the entire world for one girl? Like I said, I’m not one to have endings ruin something for me, saying that the journey matters more than the destination. But this journey was filled with such loss and hopelessness that having the purpose of the journey yanked away from me and invalidated? What was it all for?

There are plenty of defenses for the ending. Not everyone’s going to subscribe to the idea that the best choice is the greatest amount of good for the greatest number of people. Plenty of people would willingly choose Ellie over the world, and it’s well within Joel’s character for him to do the same. It can be said that the moral of the game is that you have to find something worth living for, even if it’s at the expense of others, and losing the last person he had left in the world certainly would have broken Joel. And plenty of others are going to find the ending beautifully poetic in a way.

These are all good defenses, and would be fantastic if this were a story told in any other medium. Unfortunately, it ignores one thing key to games: player agency. When you play a video game, you control and consequently are the player character. They can’t do anything you don’t explicitly tell them to do. There are still ways to steer things, of course. Most players want to accomplish goals that have been given to them, so if a game provides an endpoint, players tend to work towards it. The environment can limit options in a natural way and guide events not dependent on the player as a result. And of course the are plenty of ways to reward behavior through game mechanics. All these can control a player without directly controlling them. Players are still ultimately able to make their own choices.

This is why it hurts so much to have those choices taken away. When I was told “now it’s time to kill the people you’ve been trying to get Ellie to this entire game,” I was given no choice in the matter. I would have sacrificed Ellie. I think Joel could have potentially sacrificed Ellie. But the game wouldn’t sacrifice Ellie. I could have found my own meaning in the game. Maybe “sometimes you have to make hard sacrifices for the greater good” or “you need to accept the past and move on instead of trying to replace it.” But no, apparently the story was about how you need to find something to live for, and that’s worth more than the world. And that would have made for a fine story had the game properly led me to that choice.

Ultimately, that’s the issue with The Last of Us: it forces a player to come to a decision that for some just won’t resonate. At that point, you have two options: stop playing the game, or finish it in a way that goes against your will. And if you’ve sat through the rest of the game so far, chances are giving up on it at that point feels even more infuriating. So power through. You play the bad guy, feeling dirty about it the whole way. And since it’s gameplay rather than a cutscene, you’re the one controlling Joel. You’re the one making the decision.

But if it’s not one you wanted to make, is it really even a decision at all?