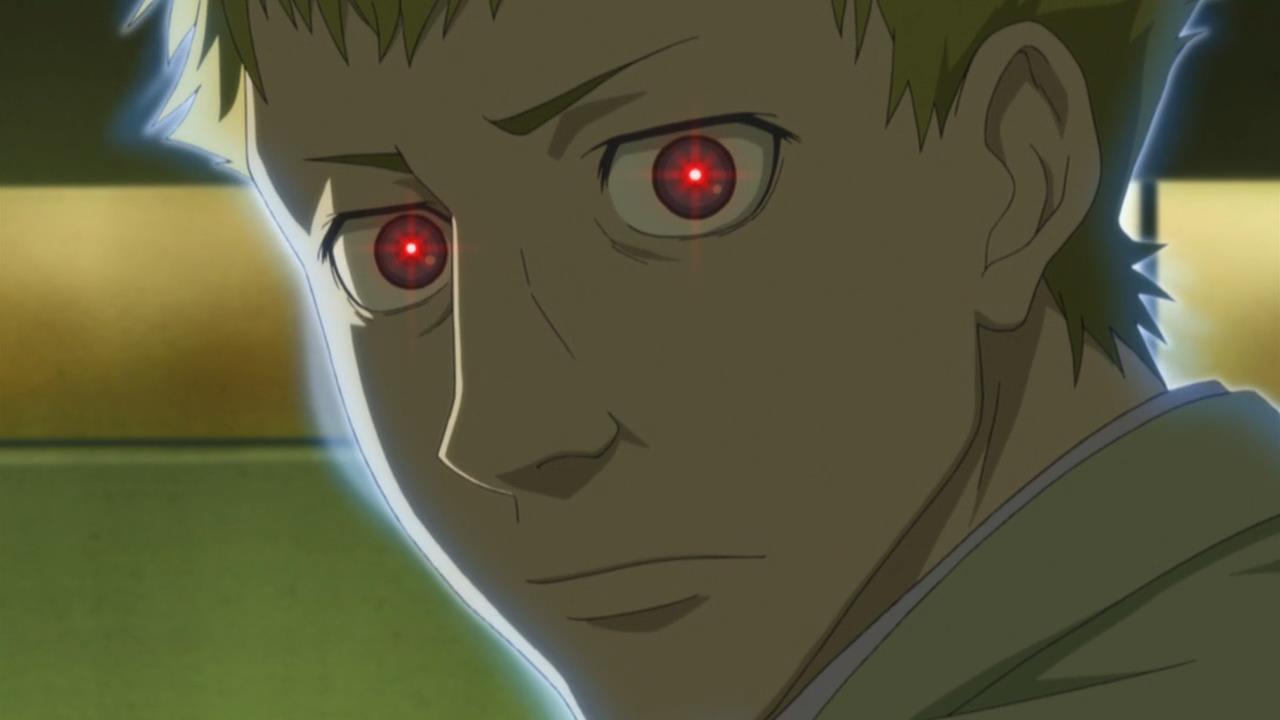 One piece of advice that writers are very frequently told is “show, don’t tell.” Inexperienced writers have a tendency to explicitly tell a reader information, which at best makes a read feel dry and at worst can feel condescending. They are instead often encouraged to show that information instead, or convey the information without flat-out stating it. To give an example: “Bob was sad when he read Alice’s letter” is telling. Showing would be more along the lines of “Bob’s hands shook as he read Alice’s letter. Her words became harder and harder to make out as he fought back tears.” The first example just tells you Bob is sad. The second also tells you he’s sad, but it shows it through how he reacts rather than just stating it.

Darker than Black isn’t a masterpiece by any means. However, one thing that’s always impressed me about it is how it handled worldbuilding. In worldbuilding, so many works will fall into the “telling” trap by awkwardly shoehorning in an explanation of how things work so that the audience understands. This is usually done through the use of a newcomer to the world (or someone who’s more removed from it and is consequently inexperienced) who acts as an audience surrogate for a mentor to explain things to. It’s something that I’ve seen in so many fantasy series. Darker than Black, however (at least the first season; I’ll get to S2 later), manages to avoid using those archetypes and manages to drop you into a world in a way that feels completely natural just by showing you how it works rather than telling you.

The opening scene is perhaps the greatest example, as it manages to explain the entire magic system to viewers without actually explaining it.

The scene opens with the police chasing a man down. They corner him on a rooftop and tell him to turn around. As he does, his eyes glow red and one of the officers is thrown into the sky. “Dammit! He’s a Contractor!” another officer declares as the man himself begins to levitate. 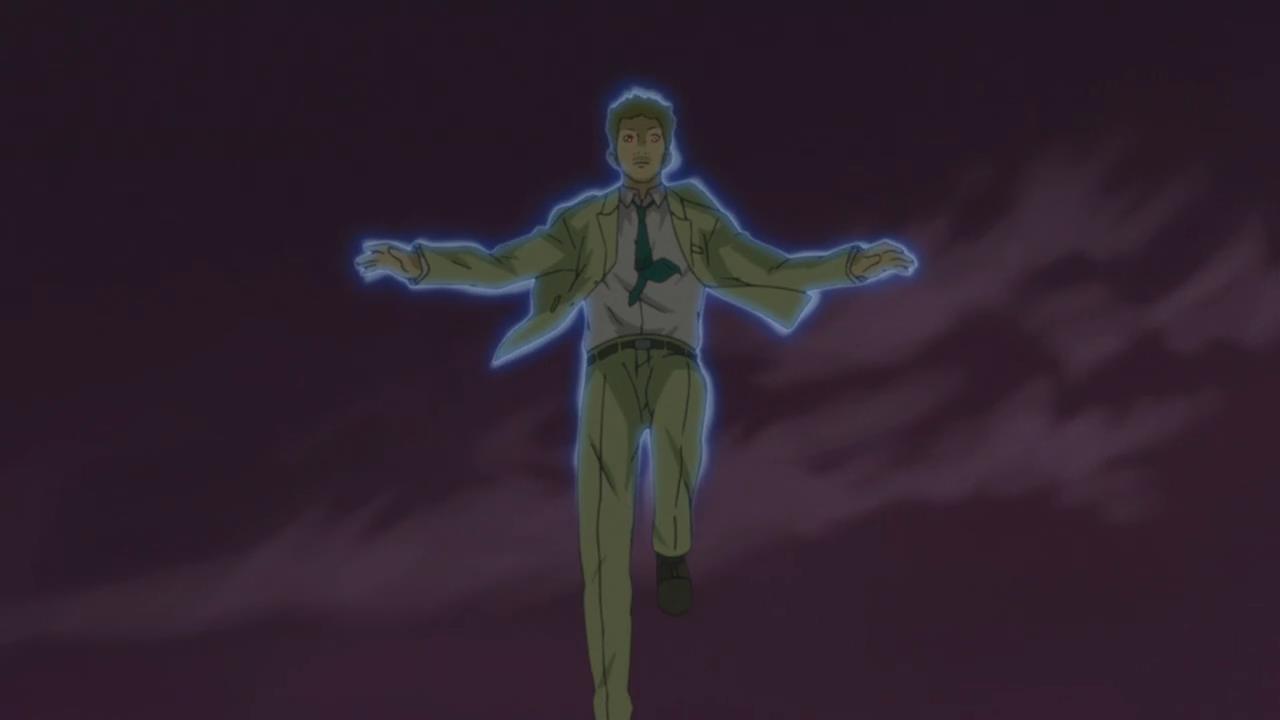 We then cut to a police car, where a woman is receiving information over a radio. The officer from before tells her its a contractor, followed by another voice stating that astronimcs has confirmed activity for a certain star, followed by an identification of the Contractor. As the woman sets out in pursuit, she radios information to involved units, stating, among other things, that the Contractor’s ability is gravity nullification. We are less than two minutes into the show now and we have already learned several things:

After this, the Contractor lands on a roof, catches his breath, and then breaks two of his fingers. An unseen voice speaks out: “That’s the price of your contract, huh? You’ve got it pretty rough.” A cat scurries by as he looks around (we later find out that this is who spoke), and he sees a ghostly form sink back into a bucket of water. “A specter!” he yells. “Damn Dolls!” 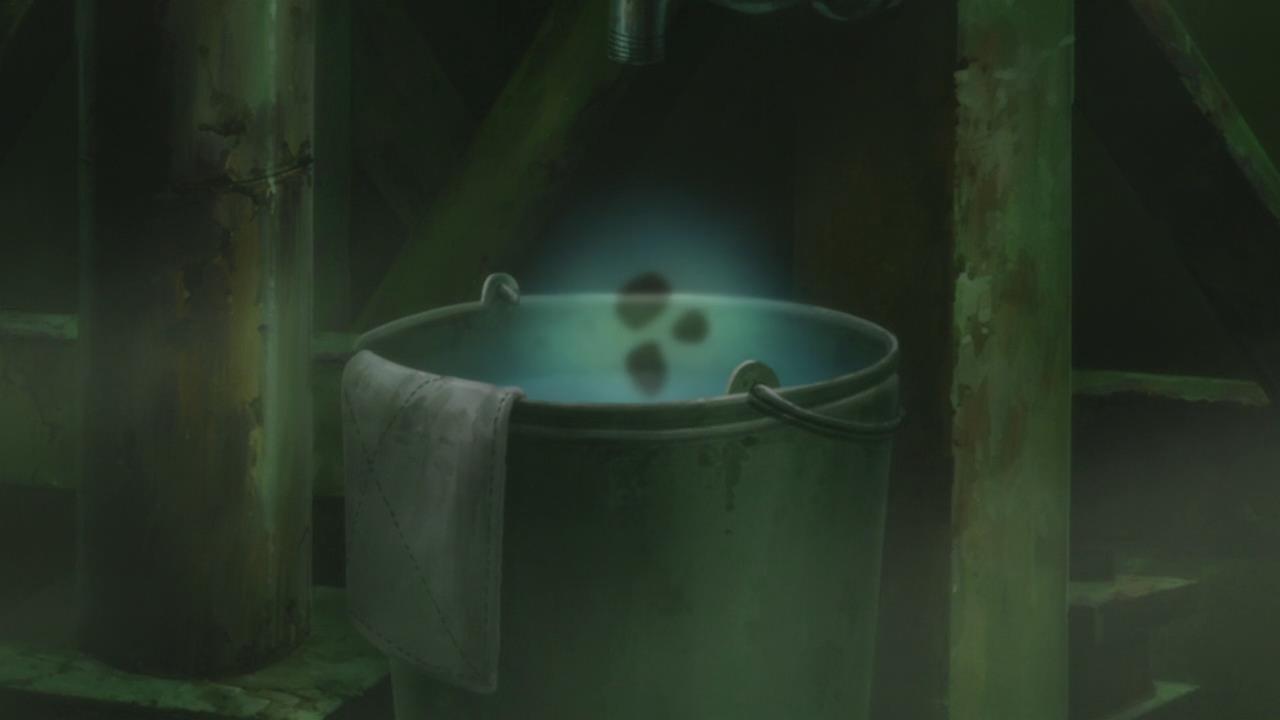 From this we can gather a few more things:

It’s only after all this information has been delivered naturally that the woman in the police car gives us a narration actually telling us information rather than showing it: “It’s been ten years since it happened: The Incident. Hard to remember now that the city wasn’t always like this. That it wasn’t always here. What it is, where it came from, why it came…no one knows. The greatest minds from around the world were brought in to study it. Their solution? Build a wall. They called it ‘Hell’s Gate.’ They say the first sighting of individuals with superhuman powers called Contractors and passive mediums called Dolls came only days after the gate appeared.”

This narration, however, actually gives us mostly new information. We’ve already largely figured out how the magic system in this world works based on a few key lines and a well-crafted scenario.

Much of the rest of the first season is like this. It’s broken up into 2-episode story arcs that are able to display the world more fully. The second arc shows how Contractors are born. The third reveals information about a war in South America. One arc details the Contractor’s ties to stars more closely, one examines the nature of Dolls, several delve into character’s backstories, and throughout the show we slowly start to gather a greater understanding of the “Syndicate” that Contractors work for until the final arcs begin to focus on it more heavily. And yet, none of these arcs are actually about these elements of the world. The elements just come out naturally as they become relevant. Rather than create one large narrative and shoehorn details of the world into it as they become necessary, Darker than Black opts to craft narratives that allow it to display the world. Discovering it and understanding it is the story, not the other way around.

This is exactly why the second season was so disappointing. Whereas the first season allowed us to piece together the world bit-by-bit, the second season used a much more straightforward narrative structure that made blatant exposition necessary. In the first season, Hei is the main character, but the protagonist varies depending on the arc. Sometimes it’s Hei or another member of his group. Sometimes it’s Misaki Kirahara, the policewoman pursuing Hei. In the arc where Mai Kashiwagi becomes a Contractor, she acts as the protagonist. Several arcs feature the bumbling detective Gai Kurosawa and his otaku partner Kiko Kayanuma as protagonists. Often times Hei serves as the antagonist. It adds some moral ambiguity to the series and consequently adds depth to the world.

Meanwhile, season 2 has Suou serve as both the clear protagonist and the main character. Everything we see is through her eyes. And of course, since she becomes a Contractor over the course of the series, Hei has to mentor her in what exactly a Contractor is and does and blatantly explain the world to her. Had season 2 been a standalone series, this might have been one thing. The exposition isn’t necessarily that ham-handed, and as a sheltered girl who lives in Russia, where Hell’s Gate is not present, it makes sense for her to not be familiar with Contractors. Unfortunately, the first season already proved that the world could be explained without spoonfeeding it to the audience, and since the first season was already able to satisfactorily cover that ground, the exposition was actually flat-out unnecessary. It simply told viewers what they already knew, and it told it to them in a more condescending way. While the first season showed you the world and let you explore it on your own, the second merely told you about it.

So if you’re looking to avoid blatant exposition for a world you’re creating, what are the lessons you can take away from Darker than Black?