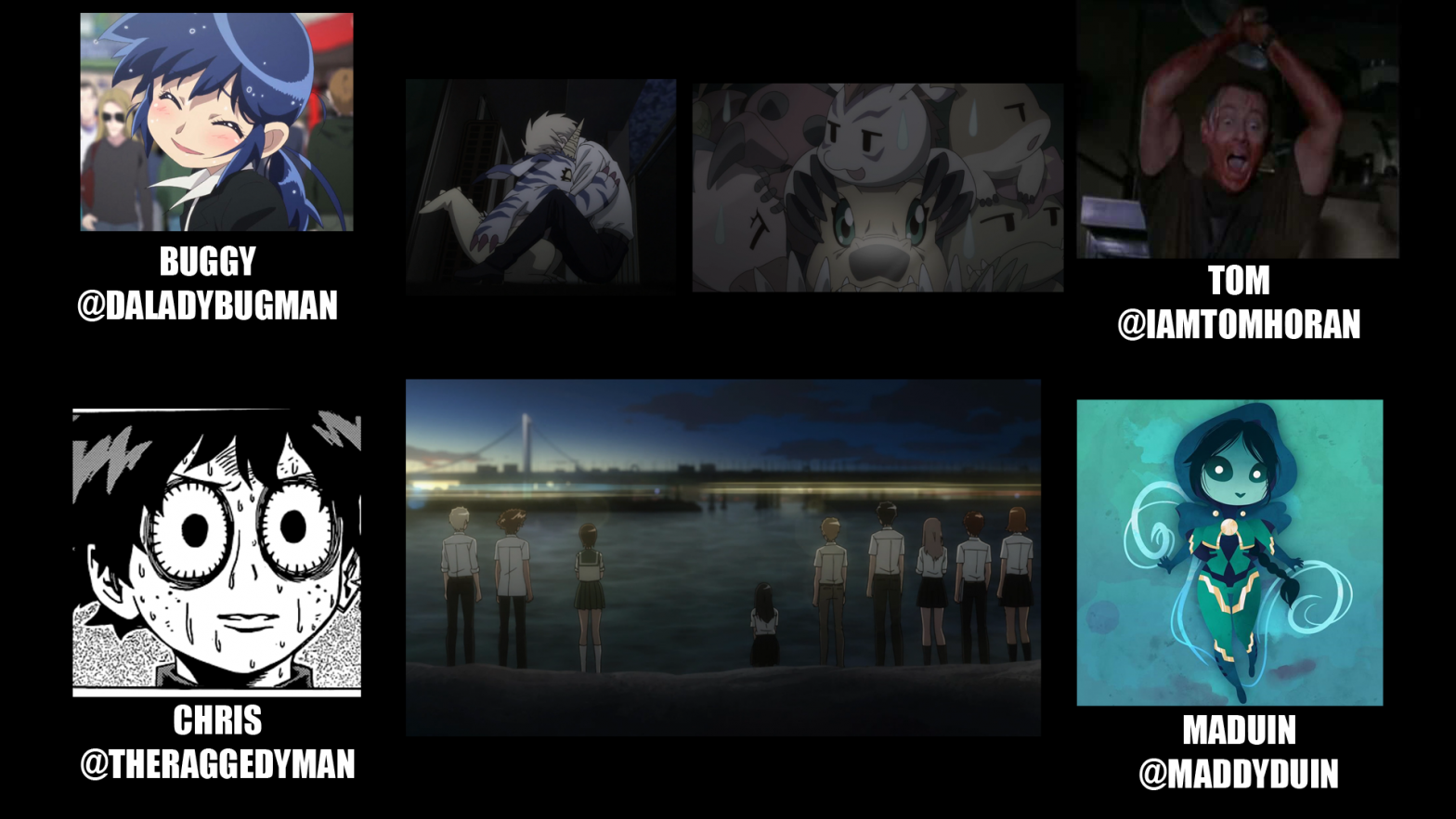 Okay, okay, we know. This one’s late. Like, really, really late. A good three months late. But we all had a bunch of irons in the fire. Like, you wouldn’t believe just how many irons we had in all these fires. So many irons.

Anyway, here’s our recap on the finale (more like “finally,” amirite?) of Digimon Adventure Tri, along with an extended segment chronicling Maddy attempting to get some pizza.